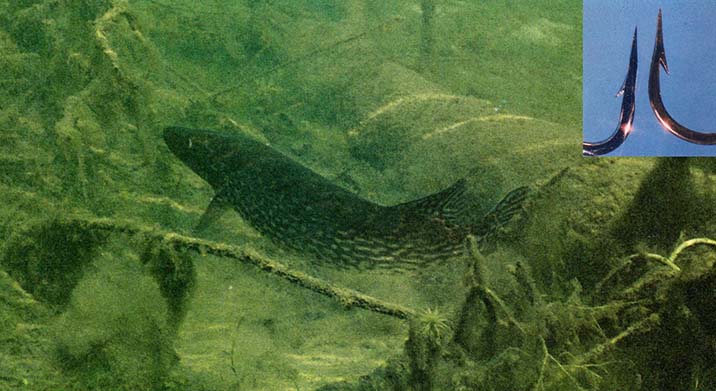 THE ROLE OF PIKE IN MANAGED WATER RESERVOIRS

Goal, which is posed by rational fisheries management in the area of ​​inland waters, it is possible to make maximum use of the environmental structure of each reservoir to achieve the best possible fishing results. This is done primarily through conscious regulation of the species composition of the fish stock. Species, which, as a result of natural biological processes, have produced an ensemble typical of a reservoir, they do not represent the same economic value. The quality of the resulting food product is only one element, which should be taken into account when assessing their suitability. From the point of view of the effectiveness of fishery production, it is important to be able to efficiently process natural food into body weight, which is reflected in high growth rates. The guiding principle of managing fish resources is therefore supporting fast-growing species by applying measures to increase their numbers: periodic and territorial protection of reproduction, restocking with artificial material, determining the appropriate economic dimension. At the same time, there is an effort to eliminate undesirable species due to low consumption value and slow growth, because they may endanger valuable components of the fish stock with food competition. On the basis of a certain similarity in the situations encountered in the cultivation of plants, the colloquial name "fish weed" was adopted for these species.

The second - apart from food competition - an important natural factor, which shapes the composition of the fish stock, is predation. When choosing the direction of reservoir development, the correct assessment of the role assigned to predatory species is of particular importance. Under various environmental conditions, against a varied stock of other fish, the predator's influence may contain both negative elements, as well as positive. Both result from interspecies relationships within specific environments; discernment of the lich must be based on a thorough knowledge of the biological characteristics of all species of fish inhabiting the reservoir.

The above-mentioned and most generally formulated rules for the exploitation of fish resources in inland waters should be fully taken into account when assessing the economic usefulness of pike. The high taste of its meat and its considerable body size qualify it to the group of the so-called. choice, covering the species most valuable from the consumer's point of view. In addition, the pike is distinguished by very favorable growth rates, and therefore the period leading up to each new generation's entry into the fishery is significantly shortened.

The first caveat, that can be made by a grower who is aware of the economic consequences of biological processes, it concerns the type of food consumed. The primary source of food resources in any water reservoir are plants. Hence, all animal forms draw energy for the course of life processes and the material for building their own tissues. This happens through so-called food chains, composed of a series of organisms that eat consecutively. In each link of this chain, a significant portion of the energy input is dissipated. With the increasing number of intermediate links, between an organism and its primary food source, waste of processed energy increases, and the weight gain effect of this organism is achieved at the expense of a greater use of primary resources. So the pike, which, like other predatory fish, it is located in the food chain one link higher than the species that feed on invertebrate fauna, is not as effective in using the natural fertility of the reservoir.

From this result practical conclusions. The first one justifies the unprofitability of forcing pike to the position of the main object of economic exploitation in these reservoirs, which create favorable conditions for the development of valuable non-predatory fish; the second indicates the need to eliminate it from the tanks, in which such species can become readily available food for him. However, complete removal of pike can only be recommended in exceptional circumstances. This is because the possibility of proper use of the fish mass is then lost, which, due to their slow growth and small size, present little utility value, and by serving as food for predators, they could quickly turn into a much more valuable product. This applies to an even greater extent to species that are not fished at all and only come into exploitation through predation.